Back before the Nikon F changed everything and photographers adopted the SLR as the camera of choice, rangefinders dominated the world. In the late 1950s, Nikon set its sights on the top of the market â€” the Leica M3 â€” and created the SP which would go on to become the basis of the Nikon F. 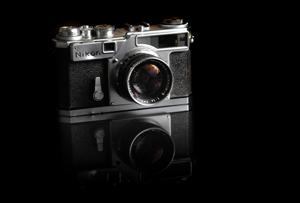 The story of the SP as it relates to me is much less grandiose. Iâ€™m too young for it to be a purchase for nostalgia sake, and I have no desire to be a camera collector; my relationship with cameras is that I use them to take pictures. Now, Iâ€™m not saying that Iâ€™m abandoning my D700 for an SP, but Iâ€™ve not really shot with rangefinders before and I want to see what all the fuss is about. I could have gotten something much cheaper, but who could deny the allure of what may be the best looking camera ever? 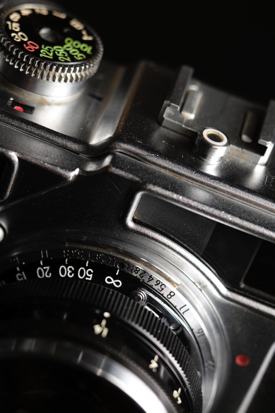 The SPâ€™s build quality is fantastic. Like a precision watch, it exudes a feeling of quality and purpose. Everything has a reason to be, the styling is defined simply by both the mechanics and how the photographer is meant to interact with it. Iâ€™ve used many manual cameras, and much of this is true of others, but the rangefinder mechanism is what really sets it apart from everything else Iâ€™ve used. 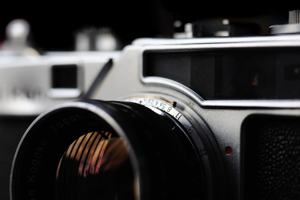 The front of the SP is dominated by this long viewfinder window. Something odd for any camera, and largely the reason I think it looks so good. The window is elongated because of another oddity: it has 2 viewfinders. The primary one, with brightlines for 50mm, 85mm, 105mm, and 135mm, and a smaller wide-angle finder for 28mm and 35mm lenses without an external finder. This allows it to have a nice massive viewfinder with a 1x zoom factor on the primary window, while still being able to frame for 28 and 35mm lenses. Though if youâ€™re spending much of your time at the wider angles, that viewfinder isnâ€™t nearly as nice. Having a 1x magnification finder means I can keep both eyes open while shooting and things look perfectly normal. I keep both eyes open on SLRs at times, too, but itâ€™s much more natural this way. However, being left-eye dominant means I do have trouble focusing without closing the other eye.

Iâ€™m not sure how bright the rangefinder originally was on my SP, but I know they dim over time. I havenâ€™t had much trouble seeing it to focus so far, but Iâ€™ve only had this camera a few hours. 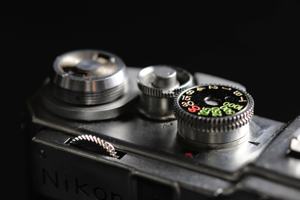 In front of the shutter release in the picture above you can see this table saw-like device. This is for focusing the lens, something I find amusing to do from the camera body. Unfortunately, it also feels somewhat like a table-saw against my fingers; I hope originally it was a bit smoother to turn. 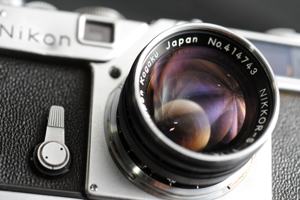 Now all thatâ€™s left is for me to load it up with film and do the one thing that matters: shoot with it. Iâ€™ve been looking forward to the digital mirrorless interchangeable lens camera market expanding (and canâ€™t wait for the Fuji X100), but maybe if the SP helps me take photos that look as good as it does, I wonâ€™t need to wait. 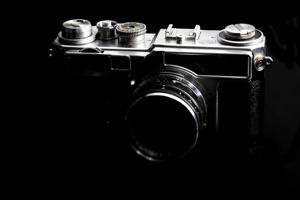 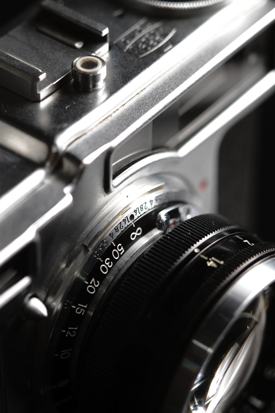 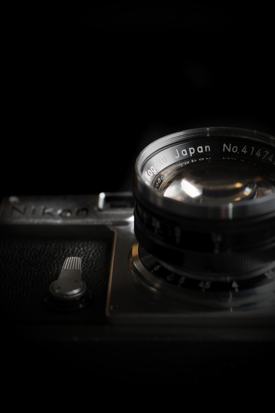 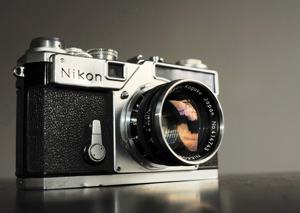 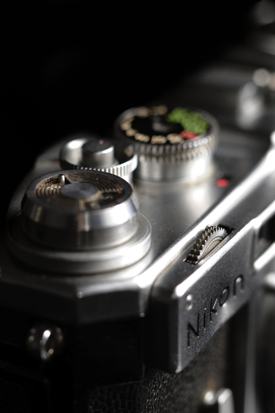 Reading some reviews of this camera, the focus ring definitely wasn’t something well thought out from the get-go. Tablesaw indeed!

I got to play with one at a camera show and it definitely intrigued me. Can’t wait to see what you’re able to create with it.

So are you gonna get into the hardware realm with developing a film scanner for the iPad? ;-)

The iPad film camera connection kit will spell the end of digital cameras!

I love reading about older cameras since I was not a photographer until the digital age. This makes me want to do something similar.

I’m sure its not in the same league as the Nikon SP, but I’m wondering if my wife’s old Canon AL-1 is worth tinkering with!

I got to this blog because Emm told me about it :) I love it -- and I love your photos.

I’ve shot film since I was a kid, and though I’ll probably forever remain “amateur” and noncommittal to the photography world, I still love the way it looks, and the whole process of it, in general.

As much as I often wish I could afford a decent SLR, my rangefinders (Yashica 35 + Smena 8M -- obviously a lot “crappier” than the Nikon SP!) are my babies. :) It’s rewarding when you compose a shot and you find out that it either looks exactly like you intended, or it looks slightly different but beautiful in its own way.