Transitioning from Mac to iOS 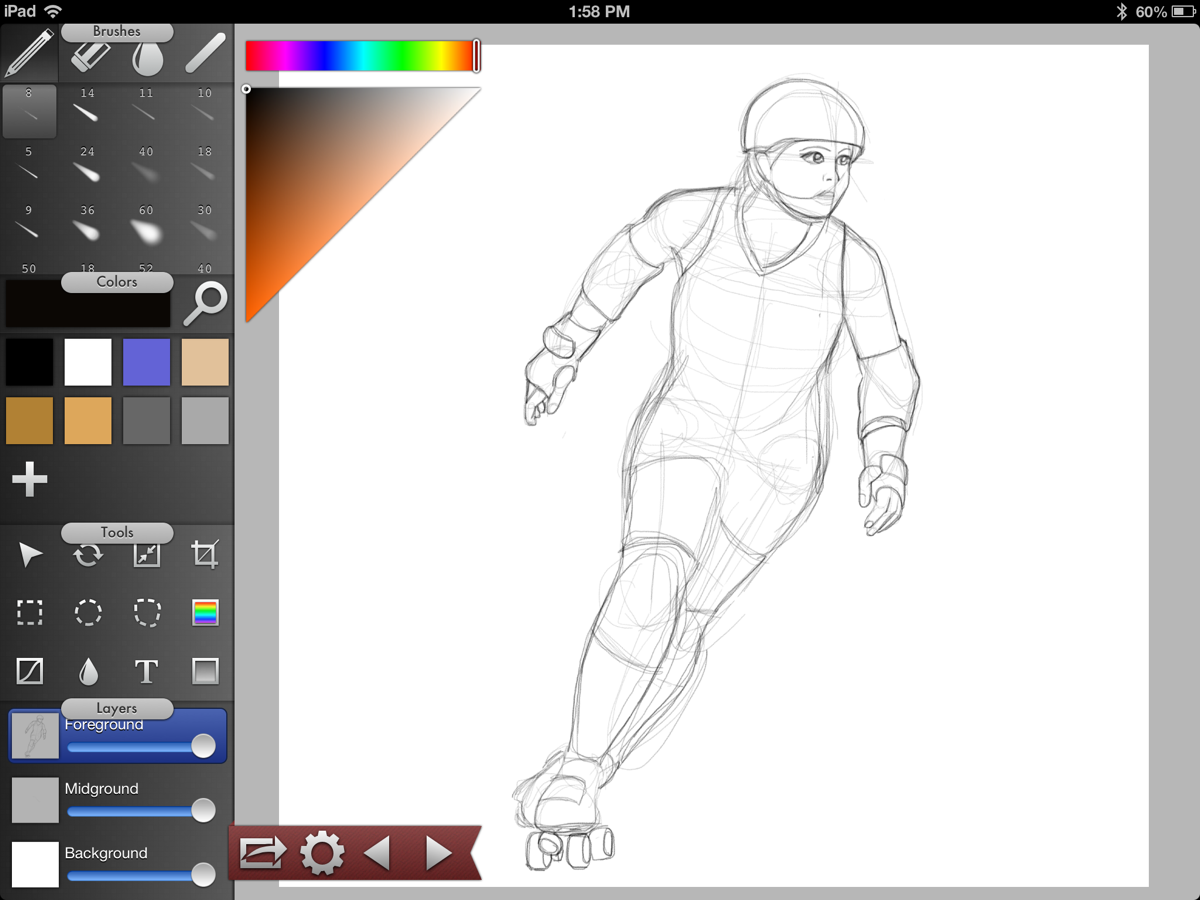 When Inkist was released last May, I wrote this blog post about its creation which may be worth revisiting. In short, Inkist is how I envisioned drawing on a Cintiq (or other drawing tablet) should be. Of course, there are many people like me who enjoy drawing, but don’t have the money to buy an expensive specialized piece of equipment like that. iPads, however, are commonplace, general purpose devices that are ideal for both amateurs and travelling professionals. 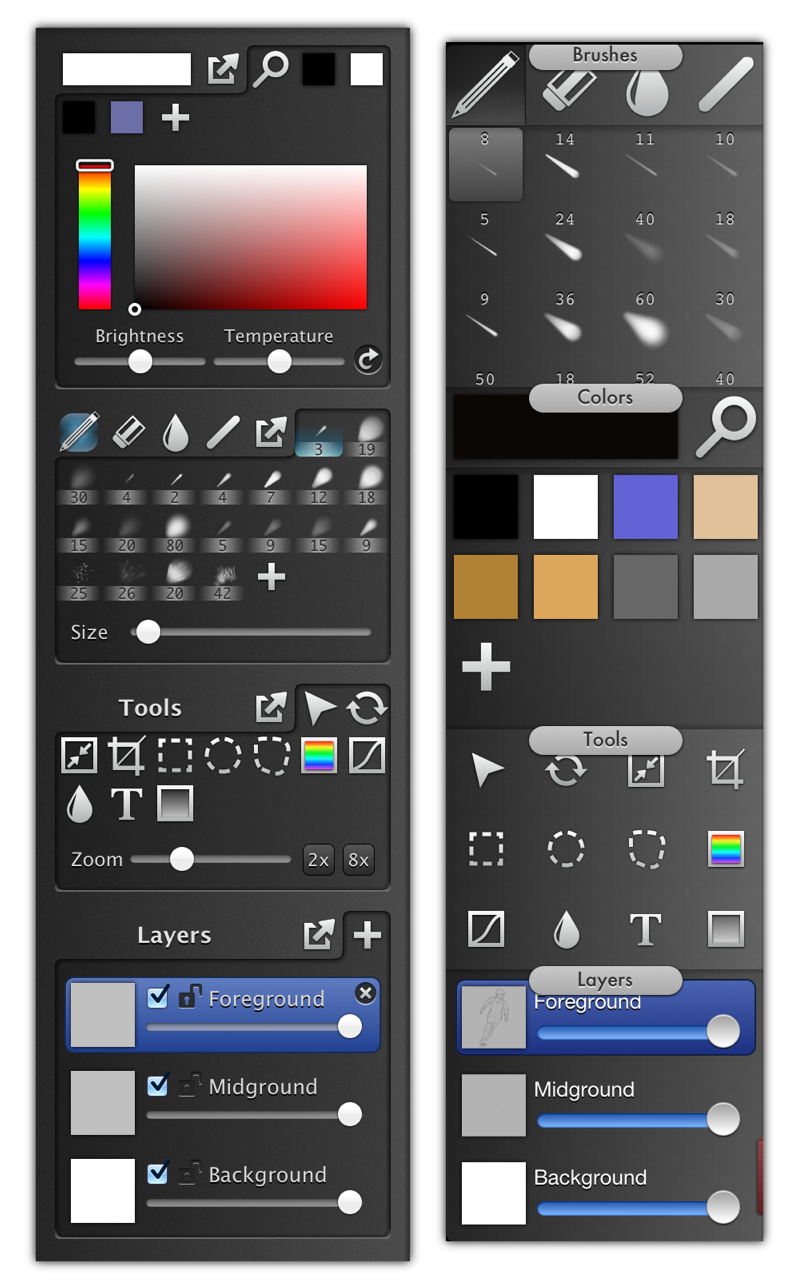 Though it’s usually a terrible idea for a Mac and iPad app to share an interface, the iPad (right) tools are little changed from the original. Since the Mac app was meant for use with pen input, it was already well suited to an iPad stylus. The buttons are based off a larger 50 point grid rather than a 30 point grid due to the fact that fingers and iPad styluses aren’t as accurate devices as Wacom digitizes, but the overall organization is unchanged.

The toolbar is a bit unusual for an iPad app. Drawing apps currently on the App Store try to minimize the screen real estate taken up by the tools in order to dedicate as much space as possible to the drawing itself. As understandable as this is, switching brushes, colors, and layers while drawing is common and needs to be easily accessible. Rather than tapping a button to reach those controls, Inkist keeps them on screen making the process faster. There is some tradeoff with drawing space, but it’s a tradeoff I wish more apps would make. iPhone’s small screen necessitates hiding features behind taps and iPad apps seem to follow suit either without enough consideration as to how much can be displayed, or in attempt to create an uncluttered look without regard to functionality.

As mentioned in my previous blog post, brush feel is of top priority for Inkist. For the most part I’ve been successful in transitioning this to iPad. With standard styluses and finger strokes, brush strokes will have a slight fading in and fading out, using the light and strong brush pressure parameters as guides. Thankfully, several third party manufacturers have begun releasing styluses using bluetooth which can report pressure information. At launch time, Inkist will support the Pogo Connect stylus with support for other pressure sensitive styluses being planned. The feel still isn’t quite as good as a Cintiq, but it’s a pretty good approximation.

Inkist for iPad is nearly ready for release on the App Store. More information on both the Mac and iOS version can be found at http://inki.st/

Next Entry: Everything Old is Neue Again